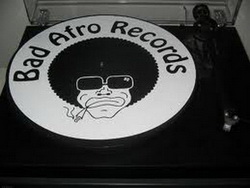 Bad Afro Records is an independent record label based in Copenhagen. We love psych, noise, rock and vinyl and currently we are working with bands like Baby Woodrose, Spids Nøgenhat, Uffe Lorenzen, The Love Coffin, Telstar Sound Drone, Bellhound Choir, Narcosatanicos, The Dandelion and The Janitors. We are looking for good tunes but are not afraid of acid.

The label was founded in 1996 with the purpose of releasing rock’n’roll, punk, surf and garage rock from the Scandinavian countries + Finland. The first half of our existence the label worked with bands such as The Hellacopters, Turbonegro, The Nomads, Baby Woodrose, The Flaming Sideburns, Backyard Babies, Sweatmaster, The Defectors, The Burnouts, Ricochets, Mother Superior, Larry & the Lefthanded, The Royal Beat Conspiracy, 22 Pistepirkko and Silver as well as many other bands pretty much in the same vein.

From 2006 and on the focus changed from garage rock towards more psychedelic sounds and noise rock too. After 13 years of “Pushing Scandinavian Rock to the Man!”, as the original slogan goes, the label took another turn and decided that it was too boring only releasing music from Scandinavia. In came The Dolly Rocker Movement and The Dandelion from Australia, The Mojomatics from Italy and Cosmonauts (US).

All available releases are to be found in the Bad Afro SHOP. It’s bandcamp based so you can stream all the albums too and buy dowmload directly from us.

Bad Afro loves vinyl and all albums and EP’s are released in this format. Which does not mean that we oppose digital music. Bad Afro is connected to Apple, Spotify, Tidal, Amazon bla bla bla. 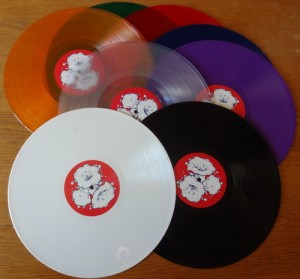 About coloured vinyl on Bad Afro here’s a quick guide to how it works: Since 1997 the first print of 7″s has been on black vinyl, the second print on red vinyl, 3rd print on green, 4th print on purple vinyl, 5th print on blue vinyl, 6th print on white vinyl, 7th print on orange vinyl, 8th print on clear vinyl and 9th print on yellow vinyl. Of cource there has been some fuck ups along the way like the Baby Woodrose LP Money For Soul which has been printed at least 4 times but only now has been printed on red vinyl. But general rule is black, red, green, purple, blue white, orange, clear, yellow and gold. Future reprints on Bad Afro will have a sticker indicating what colour the vinyl is.