The Dolly Rocker Movement formed in late 2002 in the inner surrounds of Sydney, Australia. They are influenced by late 60´s garage, psychedelia and West coast folk. The charismatic band leader Daniel Poulter writes beautiful and well-crafted songs and beneath the psychedelic and colourful surface The Dolly Rocker Movement is simply a great pop band with a destinctive sound of their own. 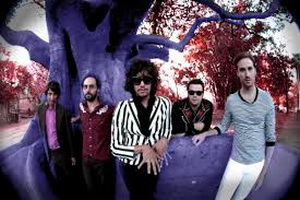 In 2006 they released not one, but two critically acclaimed contemporary psychedelic masterpieces. The first, Electric Sunshine, illustrated the chemically enhanced blend of folk, garage and country that characterised the band’s early set. The follow-up album, Purple Journey Into the Mod Machine, adopted as its thematic premise a journey through space and time with even more impressive songs as the result. Both albums were released on CD on the Australia based label Off The Hip but are available online worldwide via Bad Afro Records.

In 2009 Bad Afro released the Our Brave New World 7” which was the first the Dolly Rocker Movement release outside of Australia. The A-side was from their 3rd album Our Days Mind the Tyme while the b-side was the exclusive “Mystery Man”. In 2010 Bad Afro also released Our days Mind the Tyme on LP/CD and it was an album that owes it’s genesis to the psychedelic 60s, and the influence of Sky Saxon, Arthur Lee and Syd Barrett, yet sparkles as bright, and fresh as the morning sun. From the baroque pop of “A Sound for Two”, to the tight garage licks of “My Heavenly Way” and “Sold for Sinners”, to the billowing pop elegance of “The Only One” and “The Ecstacy Once Told”, this is an album touched by the hand of spiritual enlightenment. 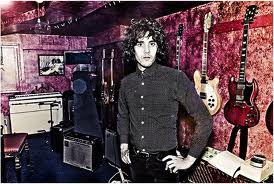 Since then there has been a little quiet around The Dolly Rocker Movement. Main man Daniel J. Poulter moved to the US for a while and when he returned to Australia he started a new band called Kill City Creeps. A band he later quit and it’s a little uncertain if he is now working on some solo stuff or new DRM songs. But Poulter has not completely forgotten about The Dolly Rocker Movement which is why Bad Afro could present a brand new 7” EP in April 2013 called Your Side of Town. The title track is a slightly melancholic psych pop song with vibrant guitar licks and cool organs while Silently We Sung has a more quirky beat miles away from the usual garage thang. The 7” single is featuring a bonus track compared to the download version in shape of “Girl of the 13th hour”, a cover of the obscure Texas garage band Chaz and the Classics from 1967.