After two promising EPs, ‘Veranda’ (2015) og ‘Buffalo Thunder’ (2016), the Copenhagen-based rock quintet The Love Coffin is finally ready with the debut album ‘Cloudlands’, which will be released in September on Bad Afro Records.

‘Pure’ is the first single and a song that clearly shows a band with a unique sound that captivates the listener with enticing intensity and contagious energy.

An acoustic rhythm guitar creates the percussive drive and together with the explosions of the electric guitars form the perfect sonic frame for Jonatan Magnussen’s theathrical vocals – steeped in personality and character.

In other words: it is written with flaming letters that The Love Coffin mean business with equal flaming passion. A band that truly brings ferocious bite onto the Danish music scene, as evident on this single, that showcases the potential as well as sets the expectations for the bands upcoming debut album. An album definitely worth waiting for! 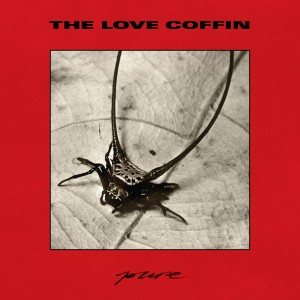