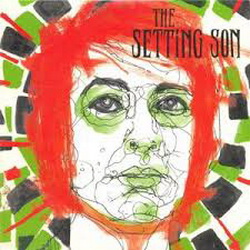 Sebastian T.W. Kristiansen is the young and shy brainchild behind The Setting Son. This unusual talent has composed more than 50 songs and recorded them on his small 4-track taperecorder in his flat in Copenhagen. These demos turned out to be brilliant and a batch of songs was later recorded by a full band and ended up as the debut album by The Setting Son.

The trademark sound of The Setting Son is bubblegum psych with strong melodies and hooks galore. Some songs are rather angry and desperate while others are melancholic and sensitive. What ties it all together is Sebastians naive approach to the material that makes it sound blue eyed and fresh. Not to forget his snotty vocals that is highly addictive once they get under your skin.

The untitled debut album was produced by Lorenzo from Baby Woodrose and was recorded and mixed in 9 days at the Black Tornado studio in Copenhagen in December 2006. The result was 14 songs in a little over 30 minutes and it was originally released on LP, CD and as Download in 2007.

Listen to The Setting Son HERE