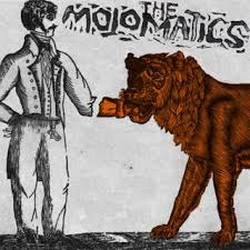 The Mojomatics from Venice in Italy have released three albums, the latest being “Don’t Pretend That You Know Me” from 2008. They have played hundreds of concerts across Europe and is becoming known as one of the coolest garage rock bands from around here.

Well, garage might not be the right term as The Mojomatics heap together hillbilly blues, old country, folk and bluegrass, inject it with the melody of British Invasion pop, and fire it all out with the breakneck energy of the best garage/punk/rock n’ roll. And they know how to write a simple but great pop tune.

The Mojomatics recorded two exclusive songs with this single in mind in their own studio Outside Inside. The upbeat “Don’t Believe Me When I’m High” is backed by the rootsier “A Fact I Forget” and the single was released as 7” vinyl and download June 8th, 2009.

The 7” was the first release on Bad Afros sublabel Bad Afro International.