Trip Hill is a one-man operation by Fabrizio Cecchi out of Florence, Italy. With a naïve approach to making music and inspiration from all over the world he is making his own homemade and original version of trippy psychedelia and krautrock. “Dropside” is the first single from the Ain’t Trip Ceremony album due out October 29th on Bad Afro Records.

Fabrizio Cecchi played in various garage and psych rock bands in the early 90’s but by 1994 he set his own cause and started to work alone and in his own universe. Originally a bass-player he since taught himself guitar, drums, keyboards and various other instruments to be able to find his own way in making psychedelic music.

Ain’t Trip Ceremony is the latest output in a long string of experimental home productions recorded in his basement studio. Until recently it was only available on his bandcamp and as a very cool limited edition CD-R with covers printed on thick cardboard with a special linograph technique. But now it gets the proper release on vinyl via Bad Afro Records that these recordings deserve. 1st print is limited to 500 copies on black vinyl. 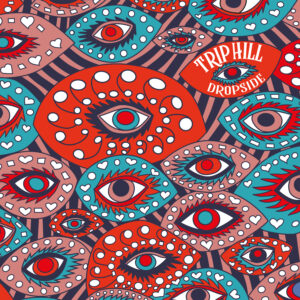 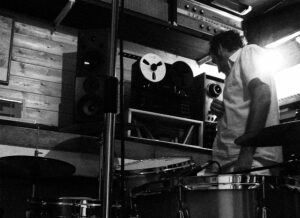