Uffe Lorenzen recently finished the recordings of his second solo album in the wonderful STC studio in Copenhagen. Here he recorded seven original Lorenzen songs and a beautiful version of “Hallo Hallo Frøken” by the Danish 70’s band Hyldemor. These songs will turn into the album Triprapport due for release May 10th on Bad Afro Records.

The first single from the album is called Alting Er Eet (everything is one) which will be released online March 8th. The song questions the possibility that humans might not be populating the earth much longer if we continue our destructive behaviour.

Uffe Lorenzen: “Alting Er Eet is a song which is inspired by the thrill one can get from looking at the night skies under the right circumstances. I think it is actually possible to recognize that we are on a sphere moving through endless space if one tries really hard. A realization like that could inevitably result in a much needed and totally different perspective on things like climate change”.

Uffe Lorenzen (alias Lorenzo Woodrose) is the frontman of Baby Woodrose and Spids Nøgenhat but for now he will be recording and performing under his own name and be singing in Danish. 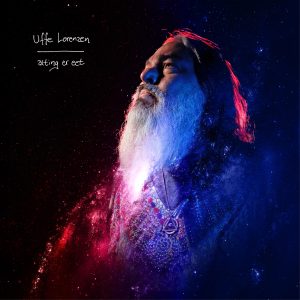