Uffe Lorenzen (alias Lorenzo Woodrose) is the frontman of Baby Woodrose and Grammy-winning band Spids Nøgenhat but for the past couple of years he has been recording and performing under his own name and been singing in Danish. His new album is called “Magisk Realisme” and is released September 11th on Bad Afro Records.

“Magisk Realisme” is his third solo album in four years (“Galmandsværk” 2017 / “Triprapport” 2019) but in contrast to the first two albums which was mostly acoustic and had a 12-string guitar as the main instrument, the new album is a ROCK album. That is probably more the case for others songs on the album than the new single ‘Caminoen’ which is a laidback song about going on a drinking spree in Copenhagen while being in love with a new girl. ‘Caminoen’ is released digitally August 28th. 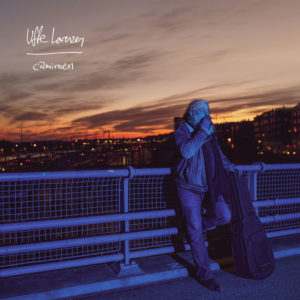